LA Times film critic Gary Goldstein had wonderful things to say for our screening at DocuWeeks such as;  “Talk about inspiring” . . . “memorable, well-observed”. . . “joyous documentary” . . . “be prepared to be enormously moved” . . . .    pretty flattering stuff coming from a reviewer not known for puff in the movie mecca of the world!

L.A. Times Review: Once in a Lullaby captures the joy of success

After our premiere at Tribeca, Fox 5 News covered us twice.  One news segment went on their web site here, but the other one never went online.  I didn’t catch it on TV but heard about it from my co-workers the next day.  As it turns out my sister-in-law’s father-in-law DVRs Fox 5 News and he recently surprised me with a DVD of this lost spot.  He rocks! Check it out courtesy of Bob Kahn:

We are also very happy to announce more screenings at some awesome festivals! 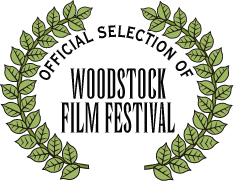 More specific info about these screenings will be updated when it becomes available.

Jonathan Kalafer is an award-winning director/producer of documentaries and an innovative educator serving at New Jersey Institute of Technology and The County College of Morris. His teaching has been acknowledged by the George Lucas Educational Foundation and he procured a “VH1 Save the Music” grant for Jersey City Public Schools. His students serve as both inspiration and collaborators for his professional documentary filmmaking, and he often includes them in the decision making process. Most recently he began working with The TriBeCa Institute to bring their unique programming and opportunities to his students. His most recent documentary "Once in a Lullaby: The PS 22 Chorus Story" (2012 director/producer) premiered at TriBeCa to a sold out audience and critical acclaim. Most recently it was selected by Toronto International Film Festival Tiff.Kids program and selected by the US State Department and USC for their Documentary Diplomacy program American Film Showcase. It earned the "Audience Award" at Woodstock Film Fest and "Best Documentary" at the New Jersey Film Festival. It was also nominated for a Gotham Award and was an official selection at numerous high profile film fests. Past films include We Love You (director/producer 2009) which premiered at the L.A. International Short Film Festival, where it won the “Best Documentary” award. It also won “Best Short Documentary” at the New Jersey Film Festival and was a finalist in the U.S.A. Film Festival. vimeo.com/5562245 "Diary of Immaculee" (producer 2006) made the official shortlist for an Academy Award nomination and was part of the One X One program at The Toronto International Film Festival. It was also selected as a part of the DocuWeeks program and nominated for a "Best Short Documentary" by the I.D.A. Jonathan produced a segment for Universal's "Katy Perry: The 3D Experience" documentary and his video work has appeared on taste-making websites such as Brooklyn Vegan and Pitchfork. He has written pieces that have appeared on the Wall Street Journal's website and in print in Chilltown Magazine. He authored an innovative Media Arts and Sciences curriculum for JCPS that empowers students to be more informed consumers of media as well as producers of media themselves. Jonathan resides in Mendham with his wife Kori and his two sons Zachary 7 and Broden 5.This page contains my professional work, personal clips and is the archive of my students' work.
View all posts by New Jersey Pictures →
This entry was posted in PS 22 Chorus Documentary, PS22 Chorus Documentary, Publicity, Uncategorized and tagged aspen film fest, chorus, documentary, first glance film festival, gary goldstein, gregg breinberg, jon kalafer, jonathan kalafer, kalafer, la times review, new jersey pictures, PS22, publicity, woodstock film festival. Bookmark the permalink.