After an exciting run on the film festival circuit, including a hometown Tribeca premiere and numerous awards and accolades, the feature length documentary about the PS22 Chorus is available on YouTube . . . the place where it all began.

I have always dreamed about “graduating” in my education career and moving from the high school level to the college level.  After 15 years, and in the midst of the politically induced turmoil in public education, it seemed like the time to go for it.  I dusted off the CV and portfolio and submitted to local institutions.   I was both elated, and surprised, to not just get an offer; but two.

I am thrilled to work as Multimedia Producer/Editor for Web and Instructional Services at New Jersey Institute of Technology.  After three months, I finally feel comfortable saying that it is a great work environment and there are so many amazing things happening here to document with my camera.  I am truly proud to work for this institution that recently was ranked #1 by Buzzfeed on their list of “Cheapest Best Colleges”.

I am also very excited that I will be teaching an “Introduction to Multimedia” course at The County College of Morris.  I was pretty blown away by the textbook they sent me and am already writing curriculum for this Spring semester course.  It is proving to be a delightful challenge.  If you, or anyone you know, are interested in an introductory overview to Multimedia production enroll in my MED 110 course

Here are a few of the recent videos that I produced for NJIT:

This Spring brought a triple-treat almost simultaneously.  “Once in a Lullaby”  was selected by American Film Showcase for some documentary diplomacy in China.  American Film Showcase is an initiative by the United States Department of State in partnership with The University of Southern California Cinematic Studies Department to ship filmmakers and their films to countries that we may-or-may-not have a good relationship with.  The goal is to increase peace and goodwill between nations and I think it is one of the coolest things our government is doing.  I’m still finding it hard to believe that I was sent as an envoy to screen “Once in a Lullaby” and “We Love You” to Chinese audiences.  While there I also met with Chinese filmmakers and taught lectures and workshops to both college-age and High School students.  I have been wanting to travel to China for a long time and it was an amazing experience and an incredible honor.  You can read all the details and view some pictures on their website at the link below.

While I was bouncing around in China “Once in a Lullaby” received its broadcast premiere on public television.  Check your local listings for WLIW and NJTV to see if there are any more screenings coming up.  I was a little sad that I wasn’t able to watch the film broadcast over cable but it was a heck of a reason to miss it.  Thank goodness for DVR.  I was especially happy because the broadcast was preceded by a fun interview with John Servidio.

Right after China I got to realize another dream of mine.  I always wanted to go to SXSW.  SXSWedu is SXSW for educators and I only had enough time to pack a bag before I traveled directly to Austin Texas for screenings in the legendary Alamo Drafthouse Cinema as part of SXSWedu film program.  It was an amazing screening and there were many educators in the audience which contributed to a lively and thought provoking Q&A.

I’m still having a hard time believing I had that much fun and learned that much in such a short span of time.  What a fantastic end to a brutal Winter!

It has been a little more than a year since our premiere at Tribeca Film Festival and it is amazing to think of all the amazing experiences the past 12 months have brought.  Bonding with and amongst audiences around the emotions and themes “Once in a Lullaby” touches on has been tremendous.  I’d like to extend heartfelt thanks everyone who came out to a screening or wished us well from afar (including the 5,000 plus likes on Facebook).  Tiff.kids and American Film Showcase are like two cherries on top of a year long sundae.

The Toronto International Film Festival has a reputation for awesomeness amongst filmmakers and audiences alike and our experience at their tiff.kids children’s festival proves once again that it is very well deserved.  We had three amazing audience filled screenings (with Mr. B in attendance!) and we even got (favorably!) reviewed by the young film-critics Flick and Flack.

The experience at tiff.kids was particularly meaningful in that it really drove home the fact that “Once in a Lullaby” appeals to children as well as adults.  This was crucial to my vision as director (and a parent) and I couldn’t be happier to contribute a film that can be enjoyed together as a family.

They even had an unbelievable interactive area called Digiplay Space for the kids that really showcased the medium’s potential.  My son and my nephew came along and we had a blast!  They loved the green screen and 3-D printer they were allowed to play with!  Thanks again TIFF!

The American Film Showcase is a collaboration between the USC Cinema Studies Department and The U.S. State Department, the Showcase highlights the value of documentaries in fostering understanding and cooperation, dialogue and debate.  “Once in a Lullaby” has been selected to screen in an undisclosed-as-of-yet country.  I am as surprised as anyone who knows me that either the U.S. Govt. or a prestigious film school like USC would want me as an envoy but I’ll give it my best shot!  Check back here for updates on where we end up going.

As you may have seen on Indiewire “Once in a Lullaby” received the Audience Award for “Best Documentary” at the 13th Annual Woodstock Film Festival!  It was a wonderful festival all around (the Colony Cafe must be the coolest Filmmakers’ lounge in the world) and the audience really had some amazing insights and questions during the Q&A.  I hope to re-visit this post with some more details but for now . . . .Thanks Woodstock! 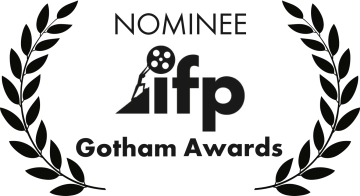 As a direct result of the Audience Award at Woodstock we were selected by I.F.P.’s Gotham Independent Film Awards Audience Award.  They have created a “virtual” audience award where people vote online.  If you have a moment and would like to support the film please visit our page there and give us a vote.  It is very much appreciated!

In non-film PS22 Chorus news: the chorus was invited to sing at the Presidential Inauguration!

We have become an “Official Selection” of the Boulder Film Festival

LA Times film critic Gary Goldstein had wonderful things to say for our screening at DocuWeeks such as;  “Talk about inspiring” . . . “memorable, well-observed”. . . “joyous documentary” . . . “be prepared to be enormously moved” . . . .    pretty flattering stuff coming from a reviewer not known for puff in the movie mecca of the world!

L.A. Times Review: Once in a Lullaby captures the joy of success

After our premiere at Tribeca, Fox 5 News covered us twice.  One news segment went on their web site here, but the other one never went online.  I didn’t catch it on TV but heard about it from my co-workers the next day.  As it turns out my sister-in-law’s father-in-law DVRs Fox 5 News and he recently surprised me with a DVD of this lost spot.  He rocks! Check it out courtesy of Bob Kahn:

We are also very happy to announce more screenings at some awesome festivals!

More specific info about these screenings will be updated when it becomes available.

Lots of exciting things have been happening for “Once in a Lullaby: The PS22 Chorus Story”! We are honored to announce that we won “Best Documentary” at the 30th Annual New Jersey International Film Festival.  It was a great screening with Mr. B and lots of PS22 Chorus kids in attendance which made for an extra special Q&A.

STATEN ISLAND SCREENING ALERT!  Rooftop Films will be presenting a home-town screening at the Staten Island Yankees stadium on August 14th.  Look for more info about this screening soon!

Our screening as part of NXNE was a blast!  Toronto and NXNE really embraced the film and the chorus as a whole as evidenced by the amazing amount of press and positive reviews.  Check below for some quotes and links.

“The documentary is skillfully woven, bringing a great balance between story and emotion.”

“Once in a Lullaby is a beautifully crafted, feel-good documentary that showcases the importance of honing & strengthening the inner talents that our children possess.”

“While the core story itself – a fifth-grade children’s chorus preparing to perform on television at one of the most watched events of the year – is engaging enough for a documentary, Kalafer delves deeper into the lives of his subjects, bringing their humanity to the forefront.”

“It is a moving testament to the value of investing in children, and the crucial lessons the arts provide.”

“The film cleverly weaves the narrative arc of the chorus performing at the Oscars (Anne Hathaway is shown making a visit to the school to extend an invite to the pie-eyed choristers) with smaller, more intimate stories.”

“The film is simply uplifting and joyful to watch and leaves you teary-eyed at the end of the school year.”

There is more great news in the pipeline . . . stay tuned.

We are very honored to announce that “Once in a Lullaby: The PS22 Chorus Story” will be presented in the International Documentary Association’s 16th Annual DocuWeeks™ Documentary Showcase. This is a great way for NYC and LA folks to see the film on the big screen the way it was meant to be seen and heard as a commercial grade DCP!

The Tribeca premiere went smashingly!  We had one of the quickest sell-outs of the festival (in one of the largest theaters) and a standing ovation.  It was great seeing all the 2010/11 Chorus kids there and getting to do the red carpet with them (again!).

We were lucky to get a lot of press.  Perhaps the most fun was talking to the legendary Ondi Timoner for her B.Y.O.D. series.

Check out the links below for more mementos and press clippings.

NPR Interview with Mr. B and Director Jonathan Kalafer on Soundcheck

Write up by Pamela Skillings

Watch the official trailer for “Once in a Lullaby: The PS22 Chorus Story” here.  The full documentary is coming soon!